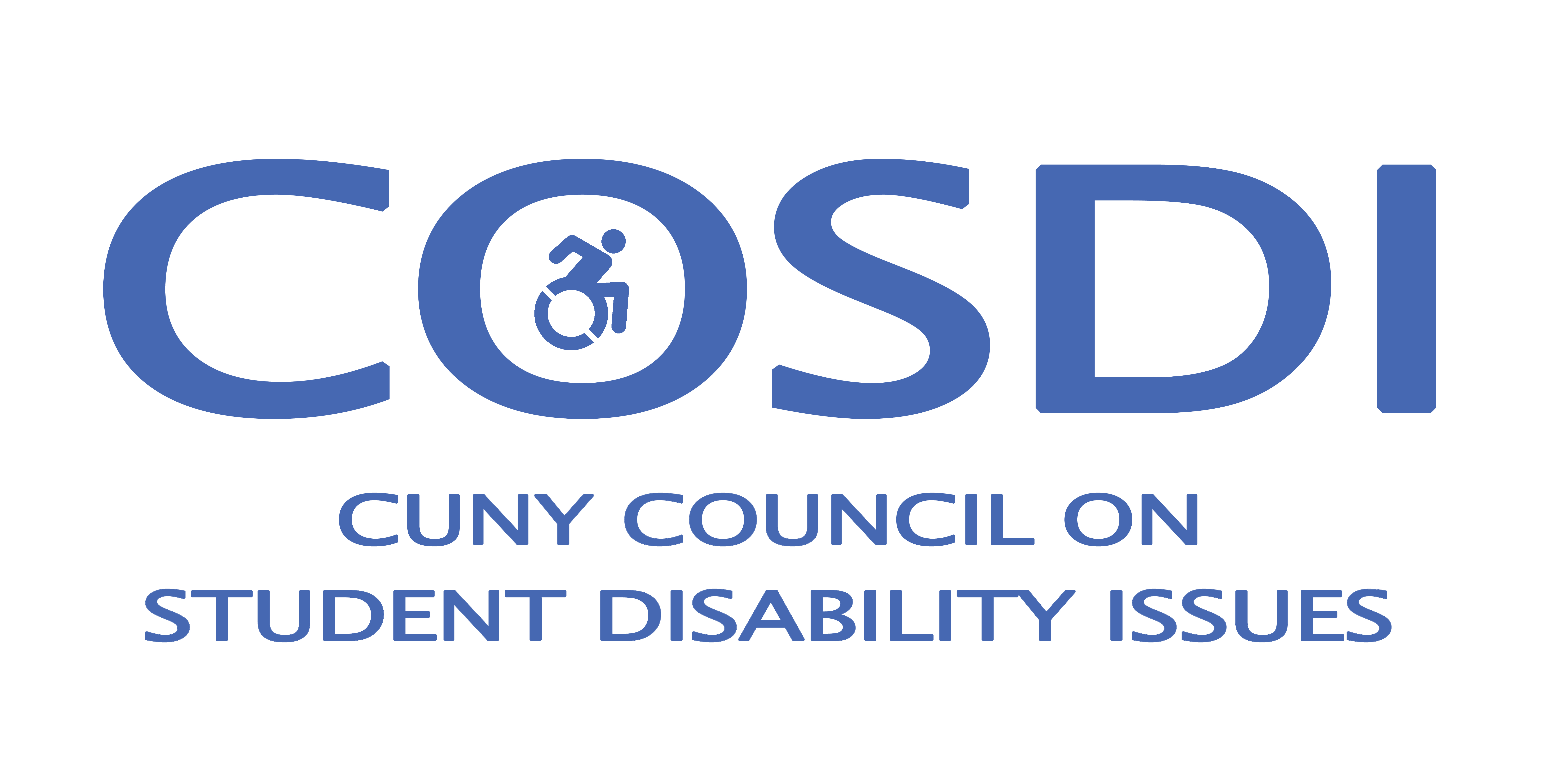 Click here to view the COSDI-Directory
COSDI, the Council on Student Disability Issues, was formed to be an advisory committee to the Chancellory to address how CUNY could best serve students with disabilities while effectively implementing Section 504 of the Rehabilitation Act of 1973, which prohibits discrimination against students based on disability in federally funded institutions of higher education. These issues are more broadly covered now by the Americans with Disabilities Act (ADA) of 1990 and the ADA Amendments Act of 2008 (P.L 110-325) COSDI is comprised of CUNY campus-based directors of services for students with disabilities as well as some administrators from CUNY’s central office.  The Council elects chairs and other officers as needed and the Vice Chancellor for Student Affairs / Vice Chancellor’s designee is the primary liaison with COSDI.  The council also serves as a professional development body for its members.  Over the years, the council has contributed its expertise and perspective to the university community and beyond through the organization of conference presentations for  CUNY faculty and administrators, development of proposals for services and funding; collaborative initiatives with one another and with outside bodies like ACCESS-VR [formerly known as VESID], CBVH and the NY State Education Department. COSDI works with CUNY to allocate funds to such now well-established CUNY wide disability services entities as  the CUNY Assistive Technology Services (CATS) and the Learning Disabilities Project. COSDI is currently co-chaired by both Stefan Charles-Pierre and Jhony Nelson.